10 Top Things To Do In The Garden In June 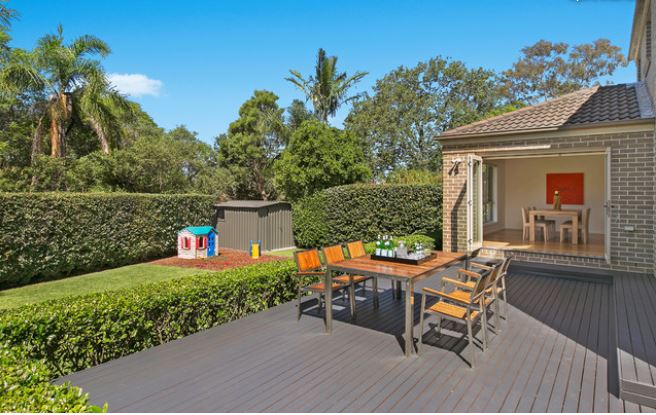 10 Top Things To Do In The Garden In June

Use the winter months, when a lot of plant growth slows down, to tidy up your garden and clean paving, decks and other areas. Many plants, such as roses and other shrubs (depending on the species and your location) can be planted in June, which is also a good month for planting hedges. ’Tis also the season for garden cooks to get their garlic on, along with a host of other cold-tolerant winter greens, such as peas, broad beans and rocket – so an exciting month all round. Read on for more excuses to get out from under the doona and get into the garden this month.

1.      Plant garlic
The shortest day of the year (June 22) is traditionally marked by planting garlic, and the longest day (December 22) for harvesting your crop. These dates are not fixed in stone, but are a good guide as to best planting times. There are two main types of garlic: soft-neck (Allium sativum var. sativum) and hard-neck (A. sativum var. ophioscorodon). The latter is the better type for cooler climates. Two hard-neck varieties commonly available in Australia are ‘Australian White’ and ‘Purple Stripe’.

Buy garlic cloves from your local nursery (don’t use supermarket ones as they may have been treated with chemicals). Plant in fertile soil that has had compost, manure or other organic matter added well in advance. Break up bulbs into individual cloves and plant each with about two centimetres of soil above its pointy end, spaced about 15 centimetres apart. Keep the soil moist, but not too wet, during the growing season.

2.      Keep paving mould free
Watch out for mould on paving, steps and decks as it can make them very slippery and dangerous in winter, especially if they are in shade. Spray with mould remover and water-blast with a high-pressure hose to keep those areas safe to use.

3.      Slow down your watering for some plants
Most established plants need less water at this time of year, especially those in pots, both indoors and out. Some plants such as succulents and frangipani (Plumeria), need next to no water in winter unless it’s unseasonably warm.

4. Plant new roses
June is also the traditional time to start planting new roses (Rosa) while they are dormant. Make sure stems are smooth (wrinkles indicate the plant may be too dry) and dig holes at least 30 centimetres wide and around 20 centimetres deep. Choose a sunny position where there’s plenty of airflow and make sure soil is moisture retentive. A well-drained clay loam (a mix of sand and silt with a slightly higher percentage of clay) is the ideal growing medium for roses.

Tip: Mix in some sheep pellets or stable manure and/or well-rotted compost to improve fertility, but do this at least three weeks before planting, so it has time to break down properly and won’t burn fragile roots.

5.      But keep kangaroo paw moist
Some drought-tolerant plants such as kangaroo paw (Anigozanthos) sometimes need a little extra water in winter. Not so much the smaller types, but the taller spring-flowering kangaroo paws may need a good drink occasionally through the winter if it’s dry in your area. Cut plants right back after flowering.

6.      And water new plants well
When planting Australian native Grevillea and other native shrubs, make sure you keep moisture levels up until they are well established (at least three months, depending on your location). To make sure the new plant is well hydrated before planting, place it into a bucket of water while still in its pot. Wait until spring before feeding as there will probably be fertiliser in the potting mix. Grevillea and many other Australian natives prefer fertiliser that is low in phosphorus.

Tip: Nip out the tips of stems before planting, to encourage the plant to branch out and flower more.

7.      Start your snail patrols
Watch out for snails at this time of year as they love munching on the leaves of Liriope (pictured), renga renga lilies (Arthropodium cirratum), Hosta, daylilies (Hemerocallis) and many other perennials. To avoid using chemicals, gather up snails in a bucket on wet evenings and feed to the birds, or cover with soapy water to kill them.

Tip: If you are a time-poor gardener, try to buy environmentally friendly snail bait that won’t harm pets or native wildlife.

8.      Choose shrubs with scent, flowers and nice foliage
In milder regions, many shrubs and trees can be planted now while soil is moist. This allows plants to establish well before the spring growth period. If you’re going to plant some new shrubs this winter, make sure you select species that have more than one attractive attribute, so they look good all year round.

9.      Plant hedges
Early winter is a good time to plant hedges, while the ground is moist and shrubs can start to establish before it gets too cold. Mark out a straight line with string and dig a trench around 50 centimetres wide and 40 centimetres deep. Add compost,

well-rotted manure and/or sheep pellets and mix into soil well before planting.

10.  Protect bromeliads from frost
In frosty areas, make sure Bromeliads are in a sheltered spot during the colder months or they won’t flower. Alternatively, choose cold-hardy plants such as Aechmea.