Could The Humble Pillow Be The Next 'It' Thing 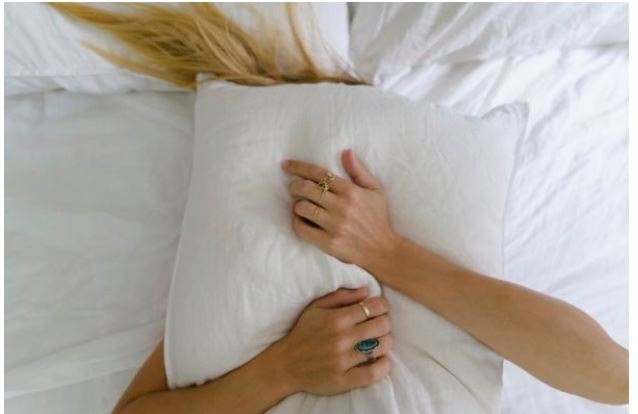 Could The Humble Pillow Be The Next 'It' Thing

Our newfound interest in pillows makes sense within the context of the pandemic. Photo: Stocksy

The pillow, once considered nothing more than an adjunct to sleep; something you could, if circumstances called for it, use an old jumper for, has now become a highly valued commodity. This is not about cushions, that you can scatter all over your bed like so many stuffed packages of nothingness, but actual head and neck support.

If you’ve stayed at a swanky hotel lately, you will have noted the pillow menus, where you can choose, like Goldilocks, from firm to soft and everything in between.

But it’s not just five-star accommodation where you’ll find respite. Mattress companies, such as Sleeping Duck – which built its brand on the concept of “memory foam”, the material that remembers the shape and weight of your body better than a lover – have now branched out into memory foam pillows. “But”, as they say in the infomercials, where a woman in full makeup tosses and turns before finding rest through patented technology, “that’s not all!”

You can now buy neck pillows – not the kind you awkwardly jam behind your skull on long-haul flights, but contoured, orthopaedic support – in different sizes that will cost about $70 at a minimum. There are also knee pillows, to slot between your legs so your hips don’t ache, and something called a Snug Hug, a U-shaped design that functions as a cross between an elevated cot and a boyfriend. Dubbed “the cuddle companion”, it includes an enthusiastic direction to “Put it wherever you like, however you like and Snuggle away!”

Pillows, according to style bible W Magazine, are the next “it” accessory, with artists in the US choosing to sew their own.

“Comfort and resourcefulness have become imperative in the design process as a new generation of creatives begins to take shape,” Amanda Farr, home and interiors editor at trend forecaster Fashion Snoops told the magazine last week. In other words, during hard times, we tend to reach for something soft.

This explanation makes sense within the context of the pandemic – when people were changing out of their night pyjamas and into their day ones and WFB (working from bed) – but pillows, and the variety of different materials inside them (bamboo, anyone?), were trending before COVID struck.

What is going on?

Part of it is the “fetishisation” of sleep. Which is to say, because we never get enough, the idea of actually finding rest – and waking up feeling refreshed – has become a key signifier of peak health and gives us a feeling of moral superiority. According to a survey undertaken by the Australian Department of Health in November 2020, one in three Australians will experience insomnia at some point in their lives. The reasons are linked to anxiety and stress, and undoubtedly the fact that we often stare at screens way past our bedtimes.

This is perhaps why naps have been normalised for millennials (the self-identifying “burnt out” generation), and why we invest in the $3000 mattresses, the linen sheets, the weighted blankets, the lavender oil, the magnesium supplements, the blue light glasses, the calm podcasts and, of course, the melatonin.

More focus has been placed this past year on our homes, but especially our bedrooms. Photo: Carlotta + Gee

We feel it, and we feel it if we don’t get enough. But it’s not just about health; relaxation is a factor as well. Data from the 2016 Census showed that we were still working long hours in paid employment – two in five were working beyond the eight-hour day, especially when commute times were included. The line between the office and home has only blurred since then, thanks in large part to smartphone emails and the rise of remote working.

It stands to reason then, that in a harried world, the only place we feel safe enough to drop our shoulders and inhale properly is the bed. If sleep is the ultimate prize, the holy grail of health and self-care, then it makes sense that pillows, in whatever form they’re now taking, would become the stars of our dreams.