8 Tips For Domestic Harmony In The Kitchen 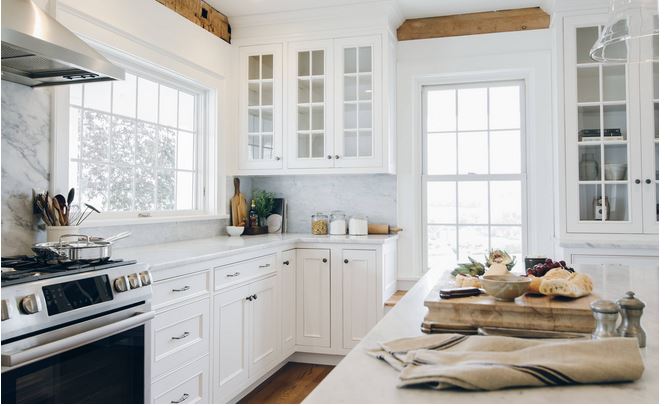 8 Tips For Domestic Harmony In The Kitchen

Frustrated by the arguments that arise over kitchen duties? Check out these coping strategies

There are probably as many ways to handle cooking and kitchen responsibilities as there are people – is it any wonder the kitchen tends to be a hub for minor (but irritating) household disagreements? Whether you and your partner, housemate or kids have been bickering over who’s on garbage duty or due to do the washing up, here are eight strategies for maintaining peace and harmony in the kitchen.

1.      Don’t micromanage
Unless it’s a major health issue (such as cross-contamination), if your partner/housemate/kid likes to do things differently, let them. Even if it bugs you, know that it’s far from the end of the world if the dishwasher is loaded ‘the wrong way’ or the cheese ends up in the produce drawer. Choose your battles carefully, because picking too many fights in the kitchen is sure to end in disgruntlement on both sides.

2.      Do the other person’s most-disliked chore – and ask them to do the same for you
It’s incredible how personal the issue of chores can be. Do you despise taking out the recycling and rubbish? Can’t stand chopping veggies?

Whatever it is, let it be known and try to arrange a fair swap of duties of personal worst for worst. This relieves a lot of chore pressure, since what each of you strongly dislikes is taken out of the equation.

Of course, it won’t work for everyone – perhaps you enjoy cooking and don’t mind doing the dishes (or you’re worried your precious pans won’t be cared for properly), in which case it’s best to find an alternative chore for the non-cook to take on.

4.      Be willing to break the golden rule of dishwashing
If you cooked – and dirtied every single pan and dish in the house in the process – be considerate and pitch in during clean-up, even if you usually follow the golden rule of dishwashing. This is especially important if your partner or housemate usually makes simple, one-pot dinners when it’s their turn to cook.

And it follows that it’s reasonable to ask for a little clean-up help when they’re the one to whip up an elaborate feast. A bit of flexibility makes for a more positive experience for everyone. (Just don’t forget to ask nicely if you’re the one who made the mess.

5.      Avoid the too-many-cooks situation
If you both like to cook, trying to collaborate on a meal isn’t always the most positive (or peaceful) experience. And if your kitchen is small, it can be hard for more than one person to be cooking at a time.

If either of these scenarios sounds familiar, consider having one person do some early preparation work (like chopping veggies or starting a marinade) and let the other person take over when it comes time to put the dish together. And it’s probably a good rule that whoever is doing the actual cooking gets to decide how it’s done.

6.      Keep a master shopping list
There’s nothing more frustrating than starting a recipe only to discover you’ve run out of a key ingredient. Designate a single spot in the kitchen, such as a centrally located chalkboard or notepad, as the place to jot down ingredients and supplies as they run out – and encourage everyone in the house to use it.

Photo by A. Foster Interiors - Look for kitchen pictures

7.      Make decisions during peace time
If an issue comes up that you feel you need to resolve, wait until you’ve moved on to a non-kitchen activity before bringing it up with your partner or housemate.

In other words, don’t try to settle anything during the dinner rush – tensions may already be running high if you’re trying to get dinner on the table, and any argument isn’t likely to end well.

8.      Get some outside help
If everyone in your household (including you) is very busy, enlisting a bit of extra help to get kitchen tasks done can make all the difference.

Perhaps you could hire a cleaning service to take care of the most onerous chores, or try signing up for one of the new delivery services that provide fresh ingredients and recipes. Even something as simple as grabbing some meal plans and shopping lists online can ease the day-to-day burden of keeping the household nourished and running smoothly.